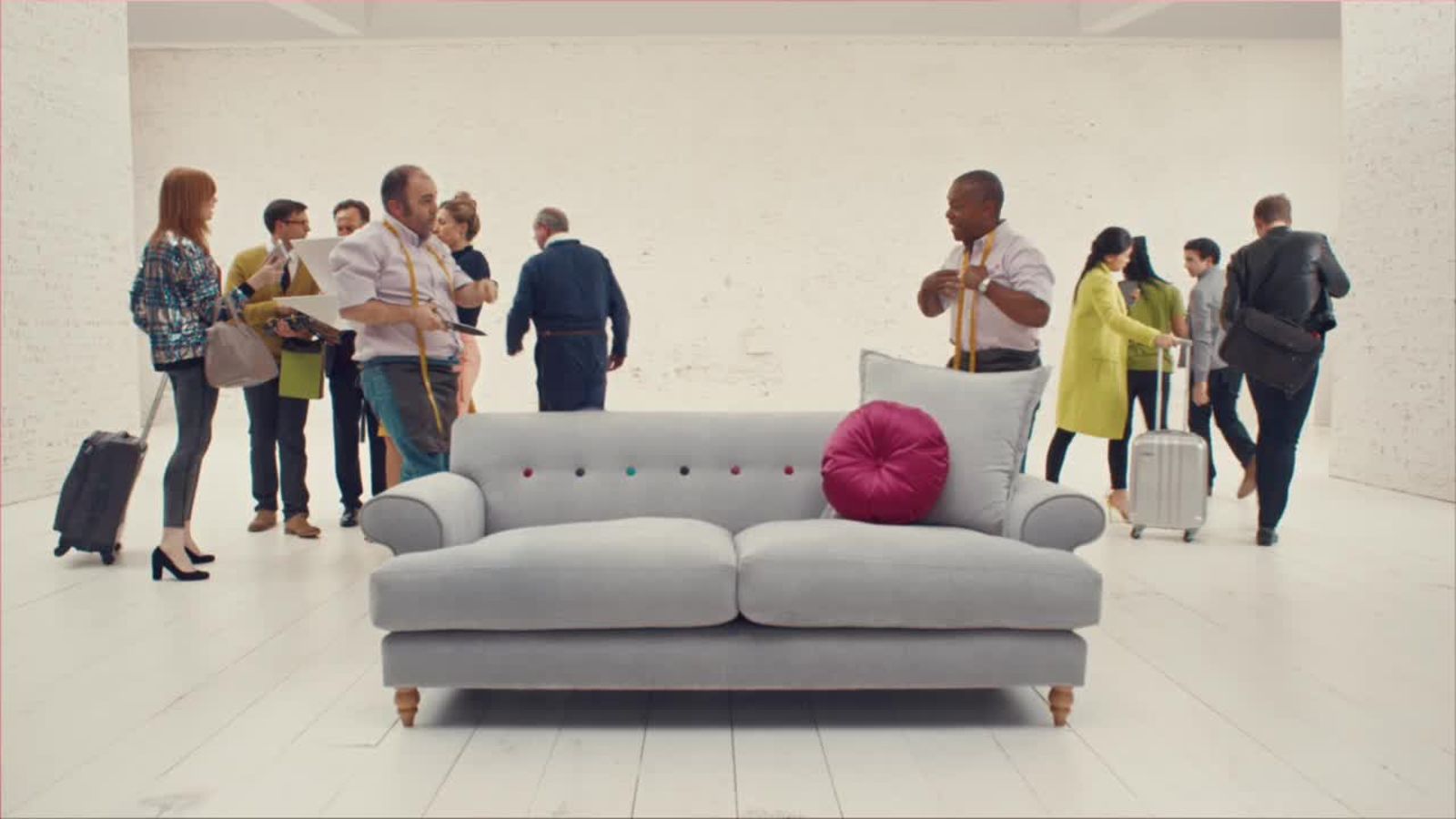 When we were approached by Krow Comms. to work on a campaign called who's behind the sofa, we thought it was going to be about people hiding from scary stuff on TV. Thankfully it wasn't, and instead we were presented with a neat, smart and informative spot explaining who is involved in making your dfs sofa. A lot more than you'd have thought.

We were tasked with creating a fresh and non intrusive musical accompaniment for the spot and once we'd got a strong initial idea that everyone liked we then had time to do a couple of sessions developing the track with Rob and Dave from Krow and director Pedro Romhanyi from Outsider.