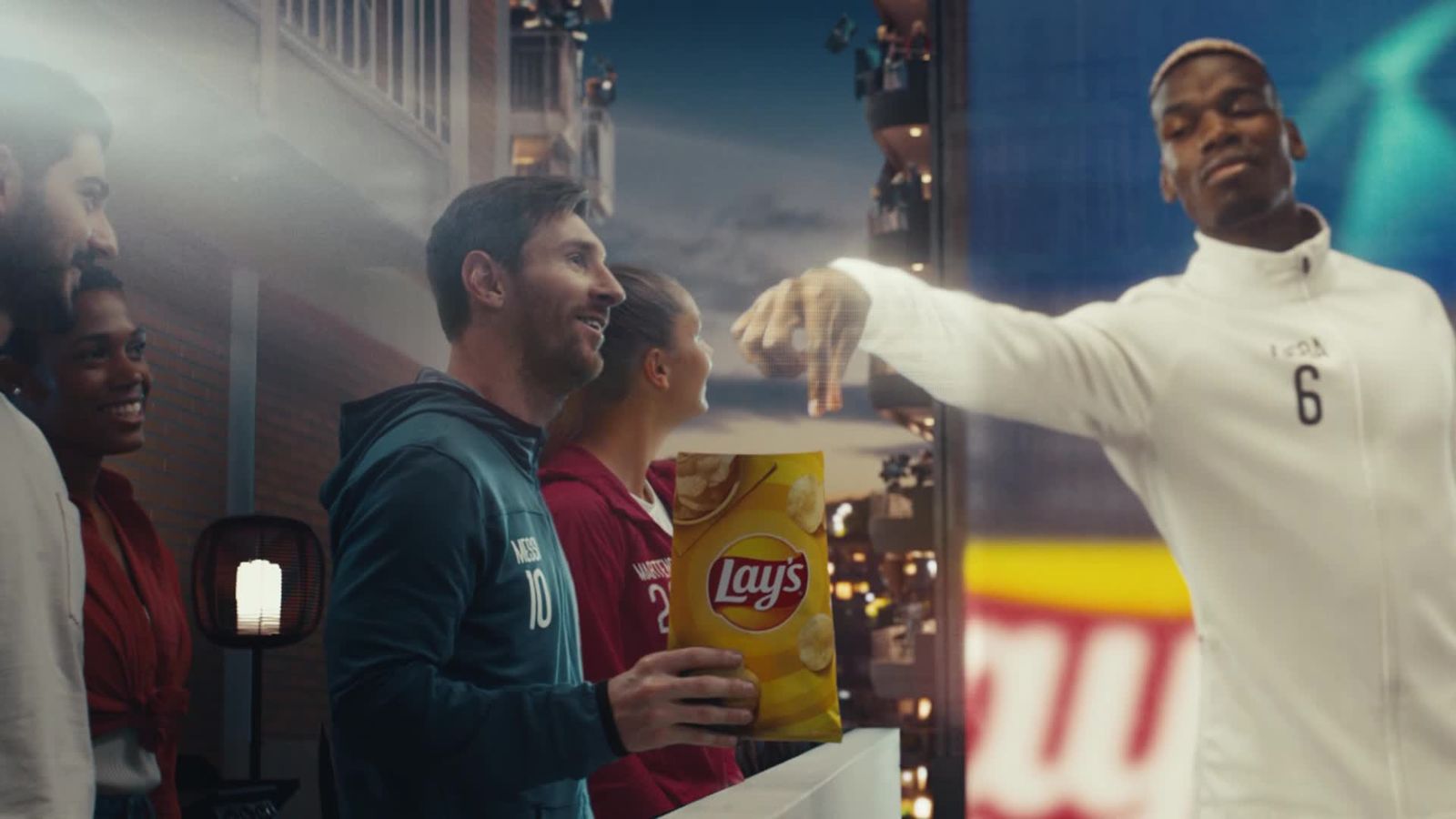 Lay’s premieres a new global campaign centered on uniting and bringing joy to people around the world through football.

Starring some of the leading players in Men’s UEFA Champions League and UEFA Women’s football, the film sees Leo Messi and Lieke Martens sparking an energetic stadium atmosphere as they unite an entire apartment building in watching the game together from their balconies. Triggered by the irresistible sound of a bag of Lay’s being opened, Paul Pogba breaks from his pre-match warm-up to join in the fun as Lay’s brings the community together.

We sourced and licensed an unknown 1950’s gem of a track by the famed American film composer John Barry ‘Let’s Have a Wonderful Time’ to soundtrack the film and complement the festival-like, and playful atmosphere of 'Apartment Arena'.